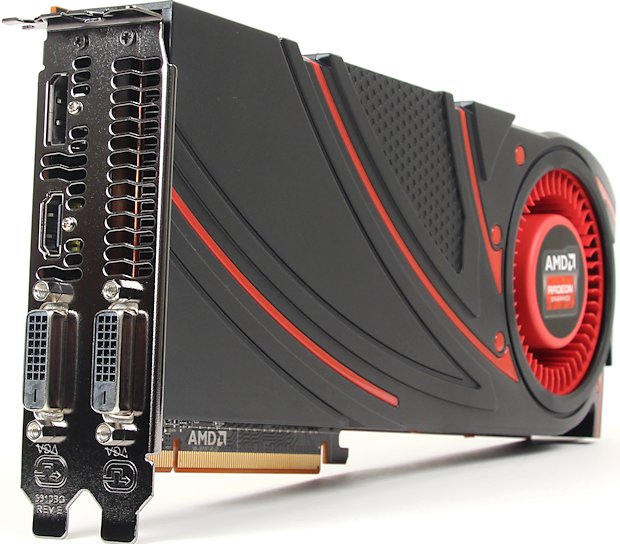 AMD finally reveals more information on their AMD Radeon R9 290X graphics card. The graphics card was unveiled last month. It is expected to be one of the best performing graphic cards in the market today.

It boasts of a GCN Architecture and TrueAudio technology which takes your gameplay on a mind blowing level. It delivers the most realistic visuals and sound that you can ever ask for. The AMD Radeon R9 290X is also the fastest among AMD’s 200 series graphic cards.

It has also garnered mix reviews from the following tech sites:

“The 290X is not only the fastest card in AMD’s 200 series lineup, but the 290 series in particular also contains the only new GPU in AMD’s latest generation of video cards. Dubbed Hawaii, with the 290 series AMD is looking to have their second wind between manufacturing node launches. By taking what they learned from Tahiti and building a refined GPU against a much more mature 28nm process – something that also opens the door to a less conservative design – AMD has been able to build a bigger, better Tahiti that continues down the path laid out by their Graphics Core Next architecture while bringing some new features to the family.”

“After eight months of watching Nvidia go uncontested in the ultra-high-end graphics market, AMD has a new GPU based on existing technology that promises to challenge the top position. It gets mighty loud at times, but you can’t ignore the R9 290X’s price.”

“And now AMD is billing its new Radeon R9 290X as a ready-for-4K solution. Them’s fighting words, particularly with Ultra HD targeted as the next frontier in PC gaming. The technology is still very expensive, and it’s far from refined. But I challenge you to enjoy your favorite title on a 32”, 8.3-million-pixel screen, and then hand it back willingly. Expect 4K to be the battleground on which AMD and Nvidia drop their high-end GPUs moving forward.”

“The most important thing to say about the new Radeon R9 290X 4GB is that on the price performance scale it’s a clear winner against Nvidia’s GTX 780 3GB, at the time of writing. It undercuts it by at least £50 in the UK and $100 stateside, yet outperforms it almost universally. In doing so, it makes GTX Titan look even worse value than the GTX 780 3GB already does.”

“Compared with other AMD cards, it’s value isn’t quite as good, however. For example, while its performance is a huge jump over the R9 280X 3GB (up to 40 percent in some tests), it’s also double the price of it. Sadly, diminishing returns are to be expected with the highest end cards. We’ve also seen some very good deals on the HD 7990 6GB recently as well, although whether or not a dual GPU card is for you is another story. These cards also lack the TrueAudio DSP that the R9 290 series features, although this is mostly an unproven technology for now.”

“The card is a decent enough overclocker, although the Overdrive interface certainly needs some work. That said, it shouldn’t be long before better third party overclocking utilities fully support the card’s new approach to overclocking.”

“The Radeon R9 290X is an important product for AMD because it’s the first truly new high-end graphics chip from the company in a very long time (21 months). AMD’s other late 2013 graphics card launches, led by the Radeon R9 280X, are merely rebrands of the company’s close to two-year old HD 7000 series, with price adjustments and repositioning within the product-stack. We must point out that NVIDIA didn’t handle its lineup any differently. Barring the GTX TITAN and its cut-down GTX 780, the rest of the GTX 700 lineup is largely derived from the previous generation GTX 600 series. Under the Radeon R9 290X’s skin is the swanky new 6.2 billion-transistor “Hawaii” silicon. Built on the existing 28 nanometer silicon fabrication process, it has solid credentials on paper, looking NVIDIA’s GTX TITAN and the GK110 silicon it’s based on right in the eye.”

“With the release of the Radeon R9 290X series AMD brings an incredibly fast product to the market. It rocks all performance scores in pretty much any game to date. Having that much raw unadulterated horsepower under the hood will bring options to the table. You play your games at 2560×1440 and flick on every quality setting that you can think of. Even then the cards will do a terrific job. For the few of you that already made the step towards UHD or 4K gaming at 3840 x 2160 that where these card do make sense. Admittedly just one 290X would probably be borderline acceptable when you select the finest image quality settings. So I foresee that the Ultra High Definition games simply will go for two R9-290X cards setup in Crossfire, which would be my recommendation. The product is often as fast or faster then a GeForce GTX Titan, whilst it is going to be priced a good chunk below the GeForce GTX 780. So that in retrospect means (even at this price level) performance for money. Honestly I am really excited to see prices below 499 EUR (incl VAT for this little powerhouse of a graphics card. But let’s bullet some stuff up and walk through the several segments and experiences from the review.”